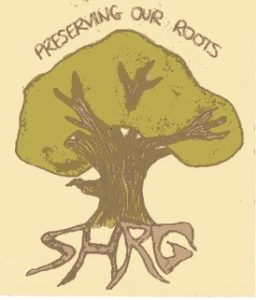 The society shall be called The Sandy Historical Research Group

Purpose – Its purpose shall be to research, by which ever means the committee shall deem, the history of Sandy and its associated villages, and to promote all round integration of the local community to produce everlasting records beneficial to everyone. It shall provide for the advancement of education.

The Committee shall comprise:-

The Committee shall have the power to co-opt additional members to assist as necessary. A Quorum shall consist of not less than five members.

Status – The Group shall be a non profit making organisation. The income and assets of the Group shall be used only for the furtherance of their purposes, and that no part of it’s income or property shall be paid or transferred directly or indirectly by way of bonus, or other distribution, to the members of the Group.

Expenses or other costs made to members, must be authorised by the committee.

Membership – Membership of the Group shall be open to any person completing a membership application, and paying the relevant subscription fee, as approved by the Annual General Meeting of the Group members. This must be without distinction of political, religious or other opinions. It should be fair and without prejudice to age, gender, disability, race, ethnic origin, creed, colour, social status and sexual orientation. The membership year shall run from 1st January to 31st December, and new members joining after 30th September during any year will enjoy free membership until the next 31st December.

Duties – The duties of the Committee shall be:-

To control the affairs of the Group.

To keep accurate accounts of the Group finances through the Treasurer. These should be available for reasonable inspection by members and should be audited before, and available at, the Annual General Meeting.

To maintain a Bank Account in the Group name requiring any two named and unrelated senior officers to sign each cheque.

To make decisions on the basis of a simple majority vote. The Chairperson shall be entitled to an additional casting vote in the event of tied votes.

Accountability – The Committee will appoint an Auditor annually.  Audited accounts for each year ending 30 September will be circulated as required, and submitted for approval at each AGM.

President – An Annual General Meeting of the Group members shall have powers to appoint a President of the Group in recognition of an outstanding contribution to the Group’s activities, such President to have no formal powers or responsibilities and to hold such appointment at the discretion of the Committee.

Dissolution – If upon the winding up or dissolution of the Group there remains, after the satisfaction of all its debts and liabilities, any assets including property, the same shall not be paid to or distributed among the members of the Group, but shall be given to some other charitable organisation having similar objects.

Adoption – The constitution must be signed by a senior officer evidencing adoption.

If you want to know more about Sandy Historical Research Group, please email the Chairman .

For issues regarding this website, please email the Webmaster